The black, jagged peaks, deep, gorges and windswept uplands luckily are on my doorstep; being my home stomping ground and where I can be found most weekends. This is the place I seek escapism, freedom and that baffling feeling of getting to the top. Classed as one of the wettest parts of Britain, waterproof’s are a must for a day in the hills here!

Snowdonia national park has 1,479 miles of public footpaths waiting to be explored. With the highest mountain in England and Wales, ‘Yr Wyddfa’ in Welsh or known to most as ‘Snowdon’, standing at 3,560 feet (1,085 metres). The park also includes three estuaries, offering 23 miles of coastline to explore. 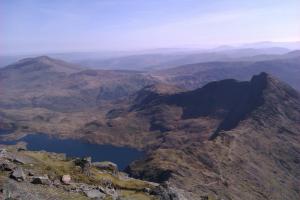 More than 26,000 people live in Snowdonia area; with more than 60% of them speaking Welsh. The language ‘Welsh’ is one of Europe’s oldest languages. I am also able to speak it myself, unfortunately not fluently though.

King Arthur, the region’s most legendary inhabitant; fought on the top of Snowdon itself an epic battle killing giant ‘Rhita Gawr’. Story has it under the summit rocks are where Rhita Gawr rests. This is presumably where the mountain gets its ancient Welsh name from ‘Yr Wyddfa Fawr’ (the great tomb).

Once the parks towering, peaks were part of the ancient, deep oceans. Fossilized shell fragments that have been found on the summit of Snowdon, revealing that this rock was on the seafloor some 500 million years ago. More recently during the last ice age, extraordinary glaciers reshaped the landscape by excavating many of the parks valleys about 18,000 years ago. Amazing!

The national park attracts over 350,000 visitors annually. Most tourists focusing on Snowdon itself, being the highest mountain in England and Wales and it is a picturesque mountain, with a variety of graded paths to the summit for all abilities. The downside to Snowdon is it can become quite crowded particularly due to the Mountain railway running to the summit from late April to October, Costing £18 one way or £25 for a return ticket. There is also a café on the summit, where you can take shelter and buy hot food, drinks and gifts from the gift shop. Many see this as a scar on the mountain. Personally the most enjoyable time to visit is outside the main tourist months, getting a true experience of the mountain. 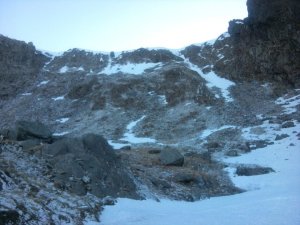 Snowdonia can be divided into four areas’ to explore: –

I am going to focus on solely the Snowdon range, as it is the most common place to spend walking and climbing. I often spend most of my days here too as it is so striking, yet ever so unpredictable. Containing 11 peaks over 600m in height. The main access points to the range are from Llanberis, Pen y Pass at the top of the pass and all the way round to Beddgelert.

Main routes up Snowdon are: –

Llanberis Path: – Often regarded as the tourist path, the easiest route, but this is the longest and most tedious being 7.5km and 960m ascent. It is easiest in terms of steepness, terrain and the path is obvious all the way up. The track is man-made all the way, the track was originally used as a pony and mule track to carry tourists up.

Snowdon Horseshoe: – Known as the toughest route, including Crib Goch one of the country’s best ridge climbs, not to be attempted in winter conditions or bad wind. Not a route for anyone scared of heights. Once at the summit of Snowdon you return down a steep scree slope before ascending Y Lliwedd. Taking anywhere between 6-8hrs being about 7 miles in distance.

Miner’s Track: – The most popular route, Starting off very easy on tracks before becoming very rough, steep and rocky. Care is needed on the latter section. Great views across the lakes. 6.5km and 800m ascent.

PYG Track: – Starting in Pen y Pass, steadier track than the miners, but tougher. Gaining spectacular views, parallel to Grib Goch. Joins with the Miners for the last section. 6km and 800m ascent.

Crib Goch: – Most exciting way up in my opinion, avoid in strong winds and rain! Lots of scrambling involved and very exposed in parts. 5km and 800m ascent.

Snowdon Ranger: – Straightforward path, on par with Llanberis for ease, but much more interesting. Starts from the Youth hostel between Caernarfon and Beddgelert. 6.5km and 900m ascent.

Rhyd Ddu: – A less popular path, best part is the crossing of the exposed Bwlch Main that is best avoided in strong winds. Starts from Rhyd Ddu. 6km and 900m ascent.

Lliwedd: – With Crib Goch, forms the latter half of the Snowdon horseshoe. Much easier than Crib Goch, but still requires some scrambling skills. Use as an alternative ascent, but does follow the loose scree path at the top of the watkin path. 6.5km and 900m ascent.

South Ridge: – Underrated and quiet. An unexpectedly quiet route up, surprisingly as its one of the best. Starts on the same as the Rhyd Ddu path, but then ascends through some quarries to Bwlch Cwm Llan. You can ascend Yr Aran from here then follow the blunt South Ridge before re-joining Rhyd Ddu path. 6.5km and 870m ascent.

From every side, every route, majestic scenery of North Wales takes your breath away. But you have to remember the mountain can also be treacherous — ten people die on its slopes every year. You need to check the met office weather forecast before setting out. Have good ankle support footwear on and weather proof clothes and plenty of snacks to keep your energy up!

I truly respect the tough routes, and tough days in the mountains, that’s what makes you mentally tougher, and that’s why I utterly respect the climbers who choose tough routes and soldier on. Yes, I want walking to appeal to everyone, but let’s accept that some of us will not get up a steep mountain ever… 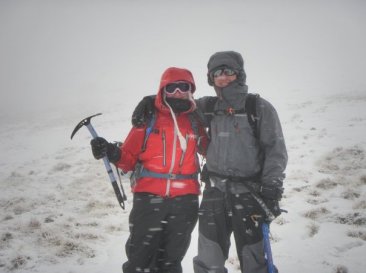